A group of a hundred travelers got lost in the wilderness, and found themselves caught in a thunderstorm. They were able to find shelter in an old abandoned barn.

As they cowered in the barn, lightning struck not far in front of it. Then it struck again, this time closer. And again, closer still, edging ever closer to them. But, just as that moment seemed to come when it would strike them, the lightning struck far away. But, then closer. Then closer again.

It was as if the lightning was trying to hit the barn but couldn’t.

“One of us must be a sinner,” someone suggested. “The lightning is meant for him.”

Fearing that the hundred of them could all perish if the lightning struck, the travelers came to a decision. Some distance in front of the hut stood a tall tree. They would each walk, one at a time, to the tree and back. When the sinner had left the group, the lightning would claim him and the rest would be spared.

They drew lots to decide the order. The first traveler went forward slowly, fearing for his life. As soon as his fingers touched the cold bark of the tree, he bolted back to the barn as quickly as he could. He was spared.

The next traveler went, and then the next, and the next. And so on they went until ninety-nine of them had made their fateful march to the tree and back.

The final traveler’s time had come. He begged his companions not to force him out.

“Please, I’m sorry for whatever I’ve done,” he pleaded, “There’s ninety-nine of you and only one of me. Your good will protect me. Please don’t let me die.”

His companions forced him out.

Whimpering, the final traveler crept ever so slowly towards the tree. He shivered as the cold rain cut through his clothes like daggers, and the black silhouette of the tree, black like the cloak of death, grew larger as he stepped towards it.

Just as his fingers touched the wet, rough bark of the tree, lightning struck.

It struck the barn, and the ninety-nine travelers within instantly met their fiery death. Until that moment, ninety-nine sinners had been protected by the goodness of one. 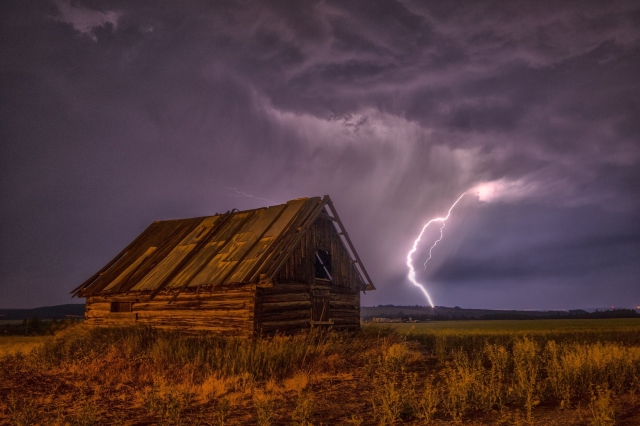